Love Without Borders: Romit and Walter

From a chance meeting in a club to a beachside proposal and a wedding celebration in the magical, ancient palaces of Spain, Romit and Walter’s journey is no less than a fairy tale. Nurtured by warm, loving families and similar cultural experiences despite having grown up on opposite sides of the world, they identified a part of their soul in each other. 5 years into their blissful marriage, they shared their incredible story with us. 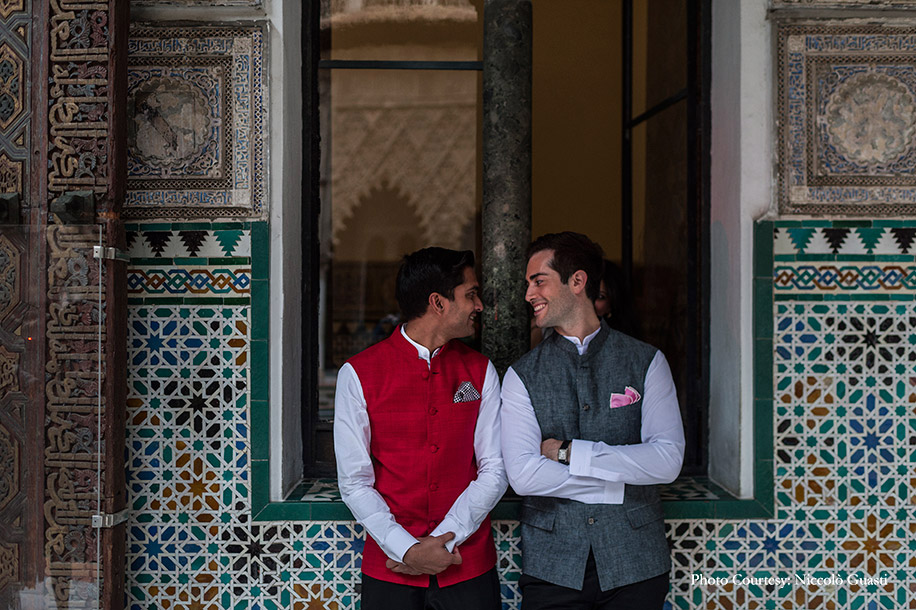 How They Met
Walter shares, “Our first encounter was fortuitous, almost a story of two strangers meeting on a night out. Romit grew up in Calcutta and I’m from Virginia, and we had both been living in England for a few years when we met in the summer of 2010. I accompanied a friend to a packed club in Soho where he was meeting his housemates, one of whom turned out to be Romit. Even before we were introduced, we had caught each other’s eye. Oh, and my friend is now married to Romit’s friend – a serendipitous encounter to say the least! 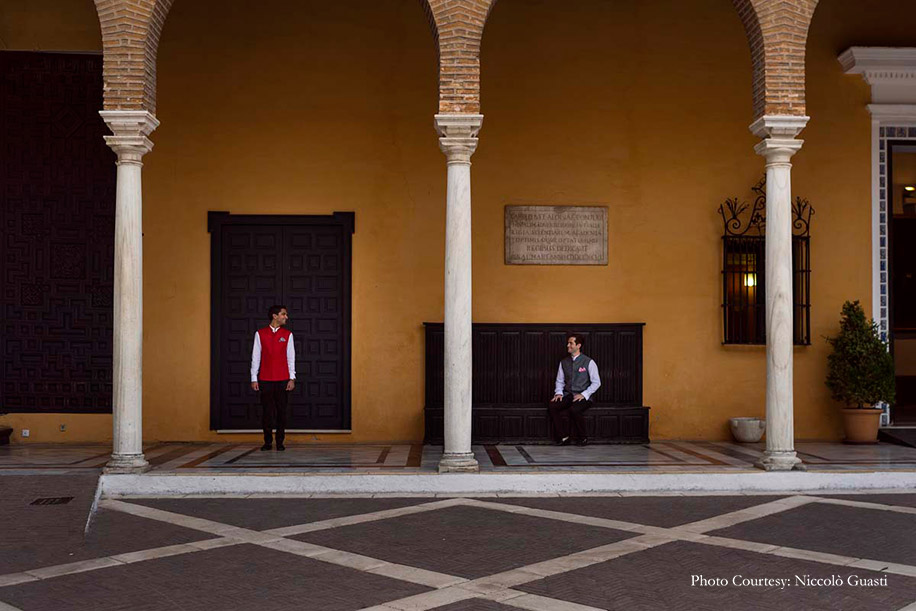 First Date Story
Romit reminisces “Walter and I met up for drinks soon after. The conversation was fluid and the cocktails potent. In true Bengali fashion, I jumped straight to the core issues – politics, religion, pet peeves, passions, family and work – all those things you’re supposed to steer clear of on your first date! We ended up dining at one of my favourite contemporary dim sum restaurants a few days later. In retrospect, perhaps not the most neutral choice for the uninitiated. Fortunately, it’s now the first meal he wants to eat every time we get back from holiday. 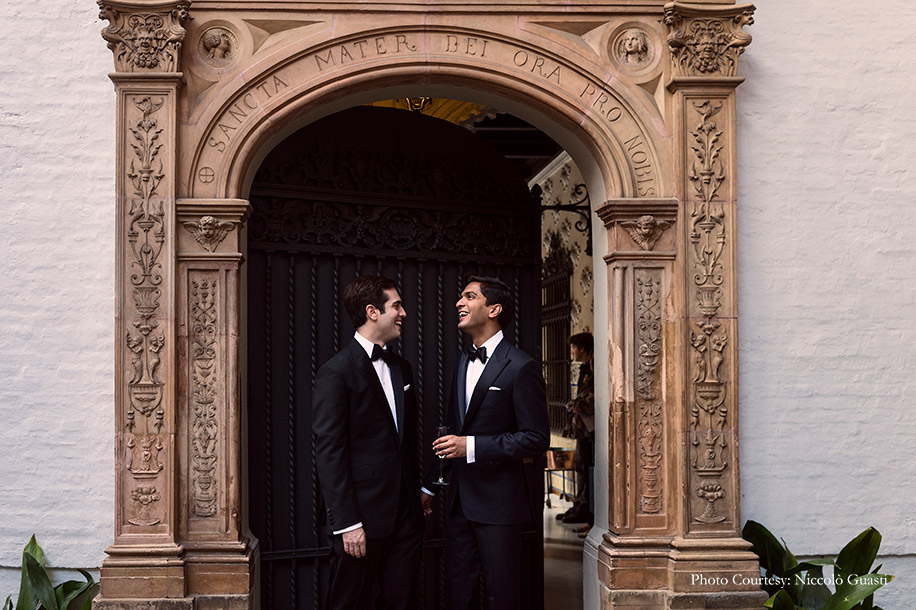 Meeting Family & Friends
Walter says, “That winter, I travelled with Romit to his home town. It was my first time to Asia. I met his family and school friends on the very first day, and Romit hosted a memorable Christmas Eve party that night. It could easily have been quite overwhelming as his family and friends aren’t exactly the timid variety, but whatever nervousness I felt evaporated with the warm welcome that I received.”

Romit shares, “Walter and I have been together for over ten years now, and our families and friends have blended into one over time. Even though we grew up halfway across the globe, with Walter’s Puerto Rican heritage, his family and culture seem like a natural extension of mine. We are grateful to be surrounded by such loving, positive people at home in London, the US and India.” 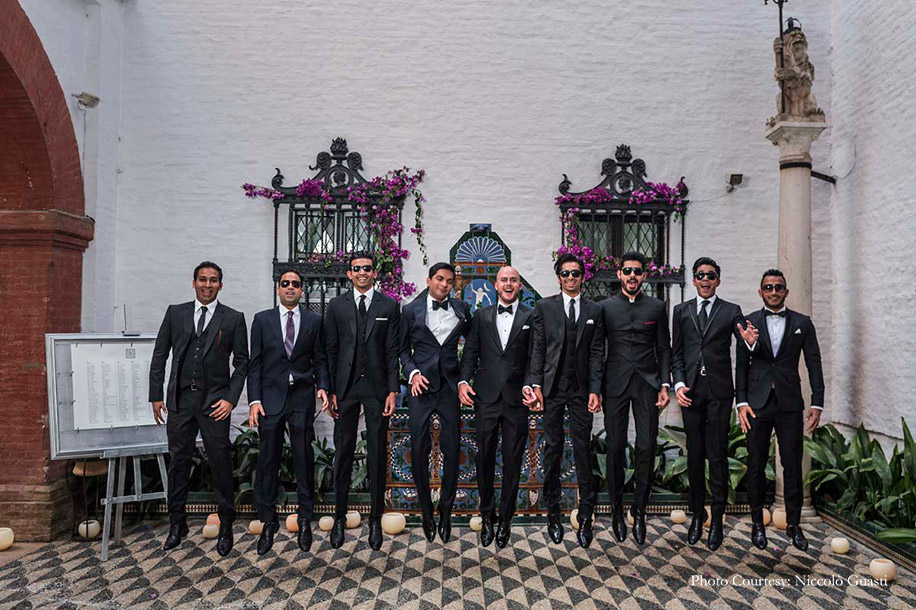 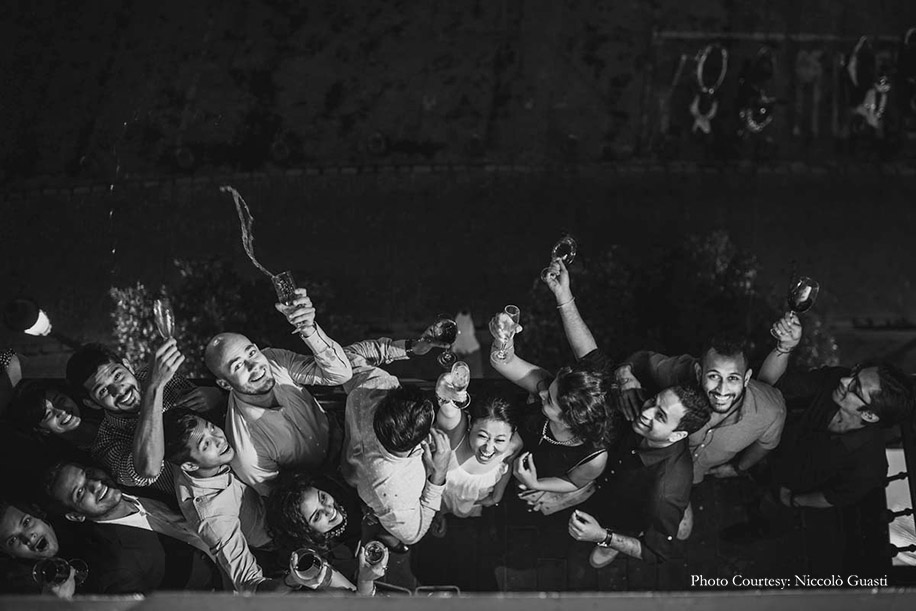 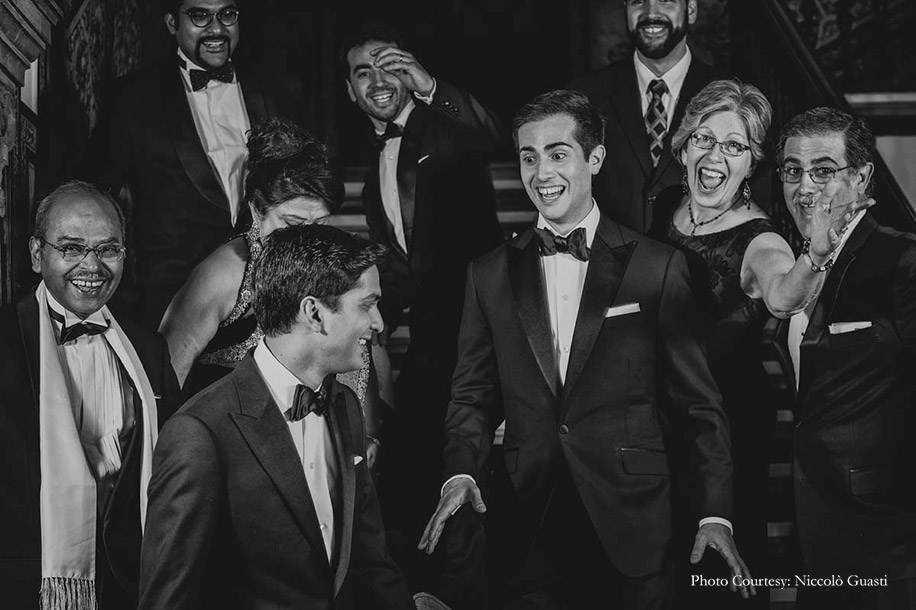 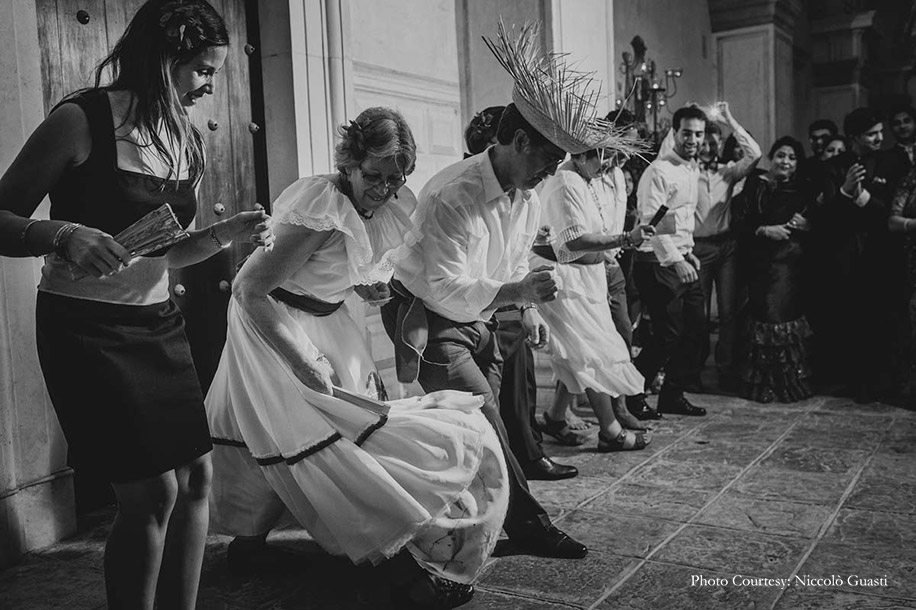 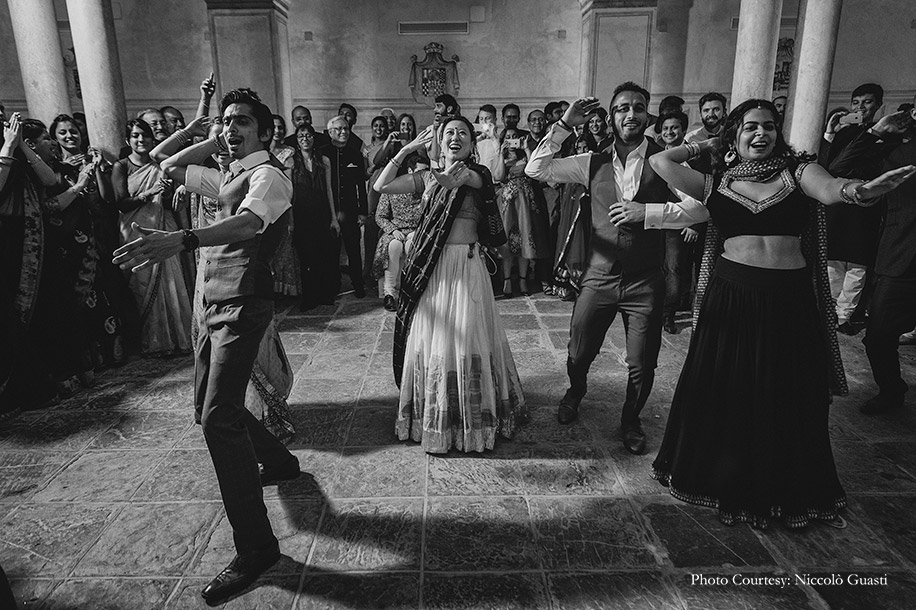 The Proposal
Romit shares, “After a friend’s wedding in 2013, we travelled to this idyllic, secluded beach house in Goa to unwind. We spent a relaxing day at the beach and I popped the question at sunset with a watch. It completely took him by surprise, as he had convinced himself that the hotel had organized his favourite champagne and candles because we were first-time guests. The celebratory dinner had to be discreet as Section 377 had been reinstated a few months prior. We made up for it by celebrating our engagement with family and friends first in Kolkata, and then in London.” 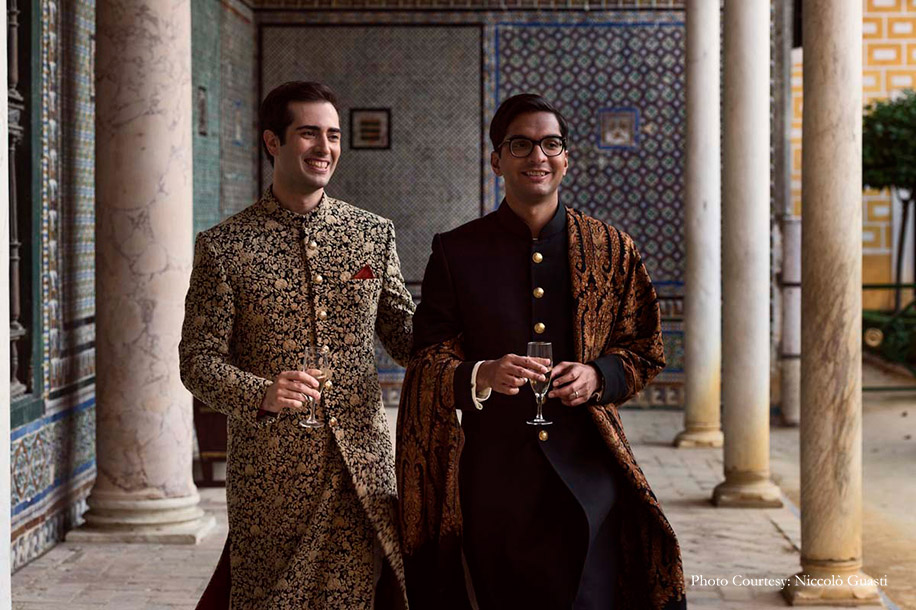 The Wedding
“We tied the knot in the charming, sun-kissed Spanish city of Sevilla, over a weekend in May 2015. Our guests travelled from all over the world, and our celebrations kicked off with a tapas crawl through our favourite bars in the city, sipping Rioja with croquetas, and moonlit walks in the gardens of the magnificent El Real Alcázar, as they all got to know each other.”

“The wedding was an intimate, black-tie ceremony at the iconic 1920s Mudéjar-style Hotel Alfonso XIII, incorporating elements of both our cultures and values, and was officiated by our closest friends.”

“The final event was at one of our favourite monuments in Sevilla, Casa de Pilatos, an Andalusian palace built in the 15th century, where our friends and family put on brilliant Sangeet performances for us, including a hilarious rendition of our first meeting. Dances involved sparkle cannons, unicorns, sorting algorithms and a generous dose of 80s pop!” 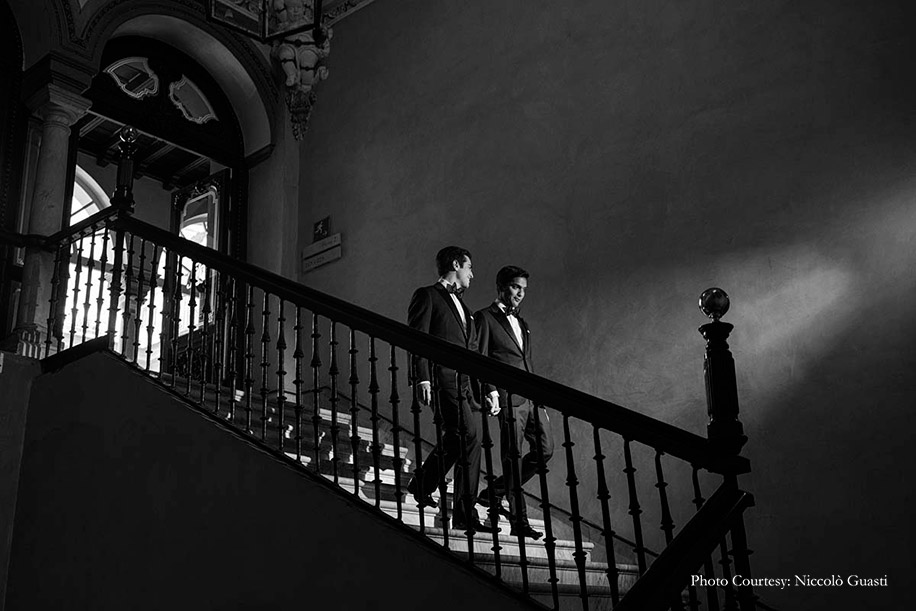 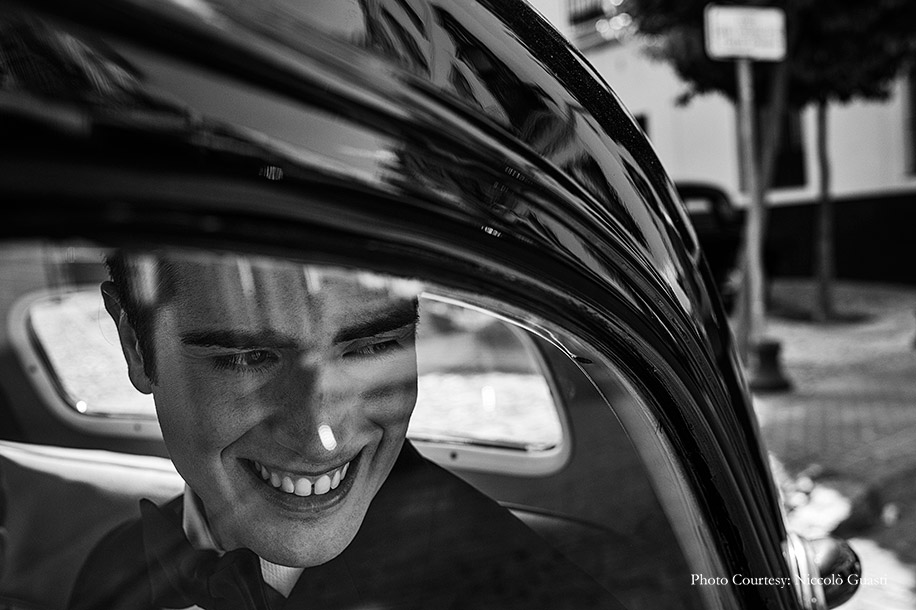 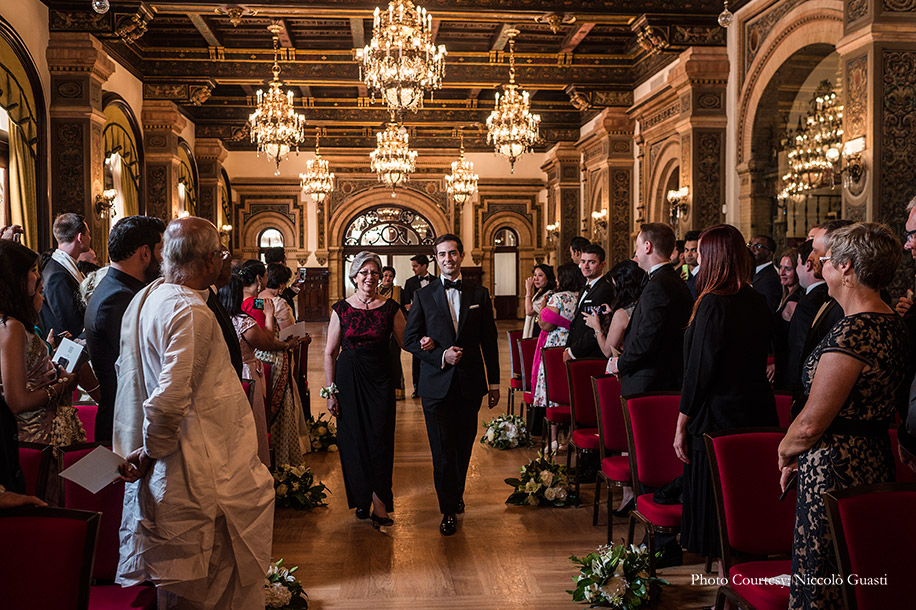 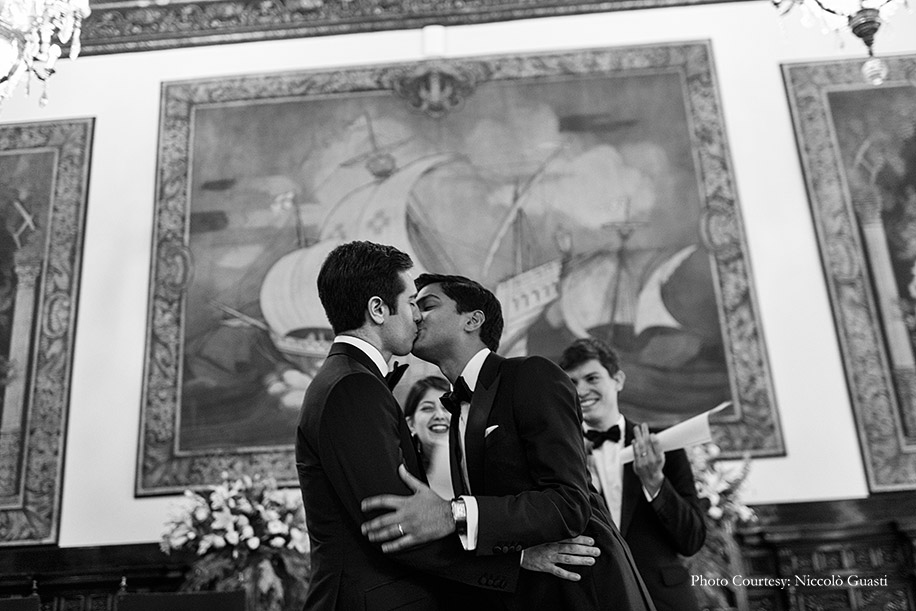 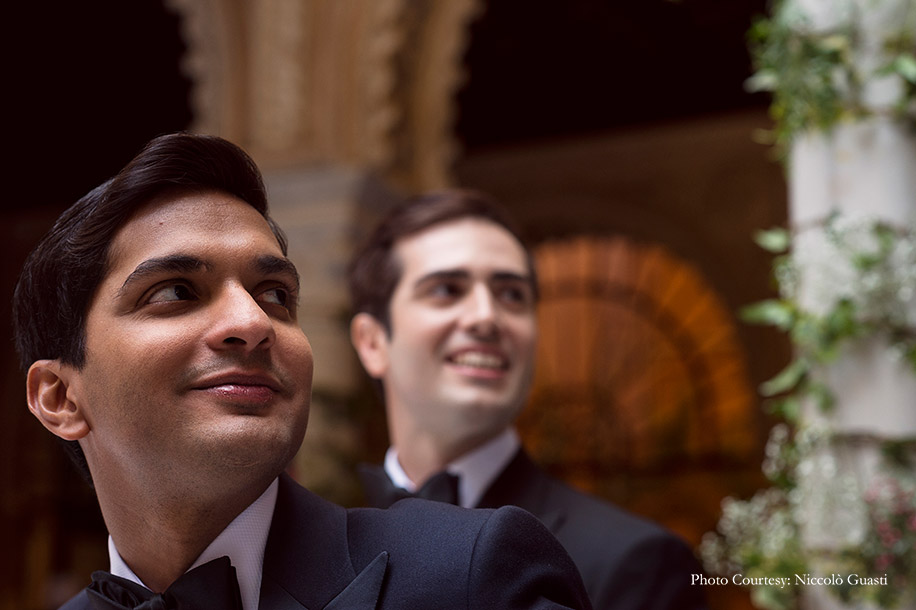 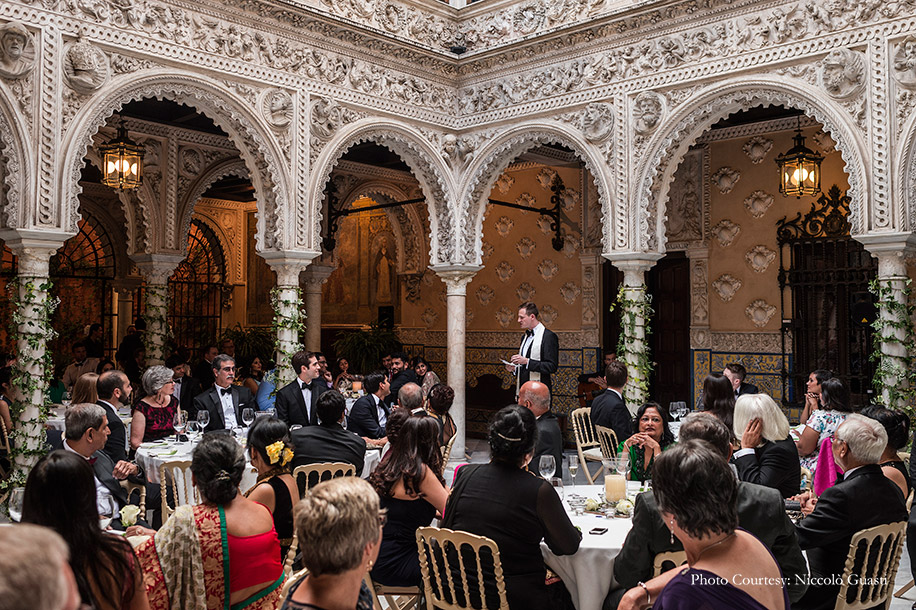 Special Moments
“Standing up in front of all your friends and family to declare your love for each other freely was one of the most incredible, powerful moments of our lives,” shares Romit. “We had meticulously planned every bit of the wedding. Our mutual love of food meant our lucky caterers received a detailed 10-page document describing the purpose, inspiration, taste, texture and presentation of each of the nine courses at the wedding dinner!”

Walter chimes in, “Since Romit had swept me off my feet with the surprise proposal, I wanted to surprise him at our wedding. With the help of our family and friends, I led a flash-serenade to the song ‘Can’t Take My Eyes Off You.’” 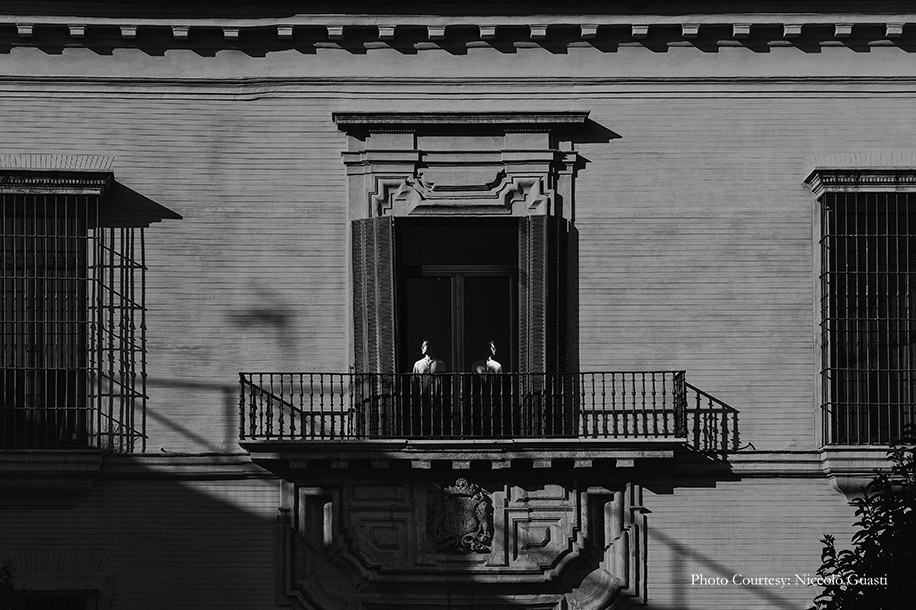 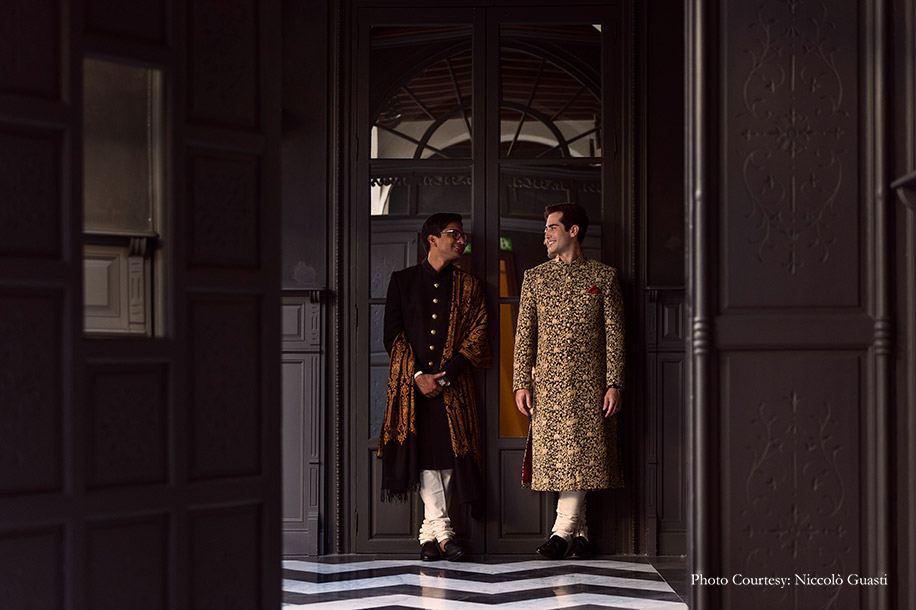 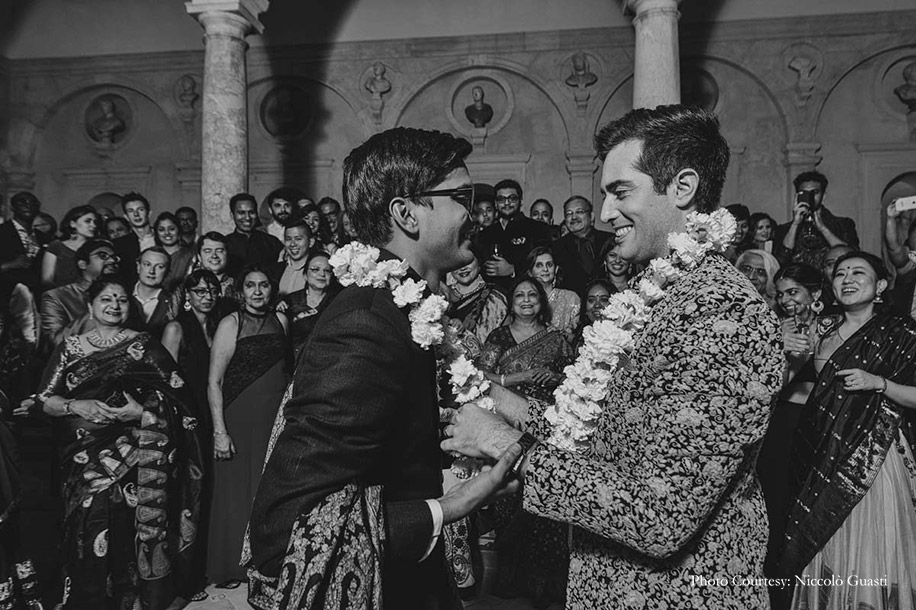 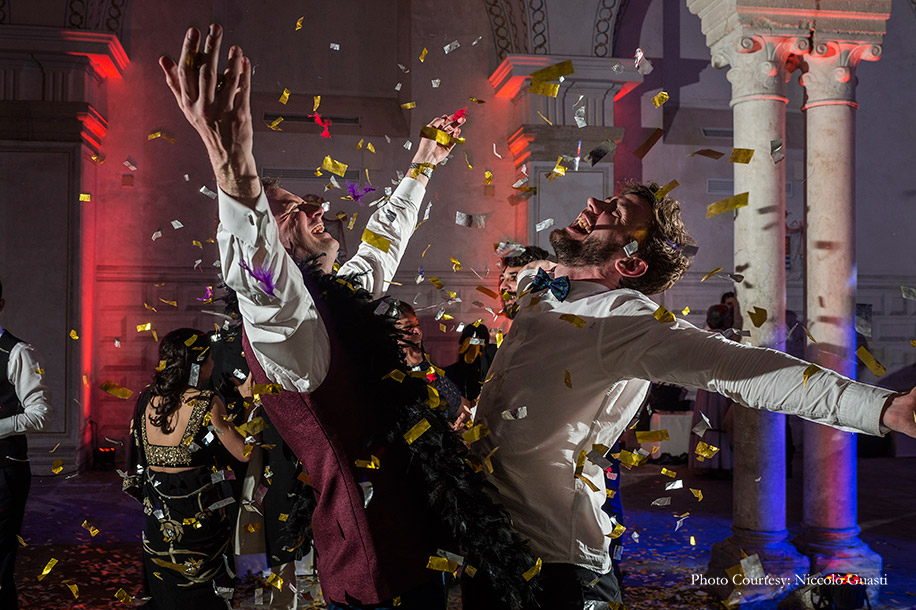 Advice for Other LGBTQ+ couples
“Given the unique complexities of queer relationships, it is hard to think of universally relevant advice. Assuming you are privileged enough to love freely, be yourselves, as trite as it may sound! Don’t feel compelled to adhere to hetero-normative relationship ideals or seek revolutionary change. If you think monogamy and marriage are social constructs and not something to aspire to, that’s fine. If you want to get married and have children, that’s fine too. There isn’t one right way to be a queer couple: you do you!”

Both comments and pings are currently closed.