A flash mob & Bollywood beats made this surprise proposal a hit!

Gunjeeta had never expected a proposal for herself, but Arun pulled all the stops to give her a surprise proposal which left her speechless. Peppered with dance, Bollywood music, and lots of emotions, this charming proposal unfolded on the breezy Santa Monica beach in California. 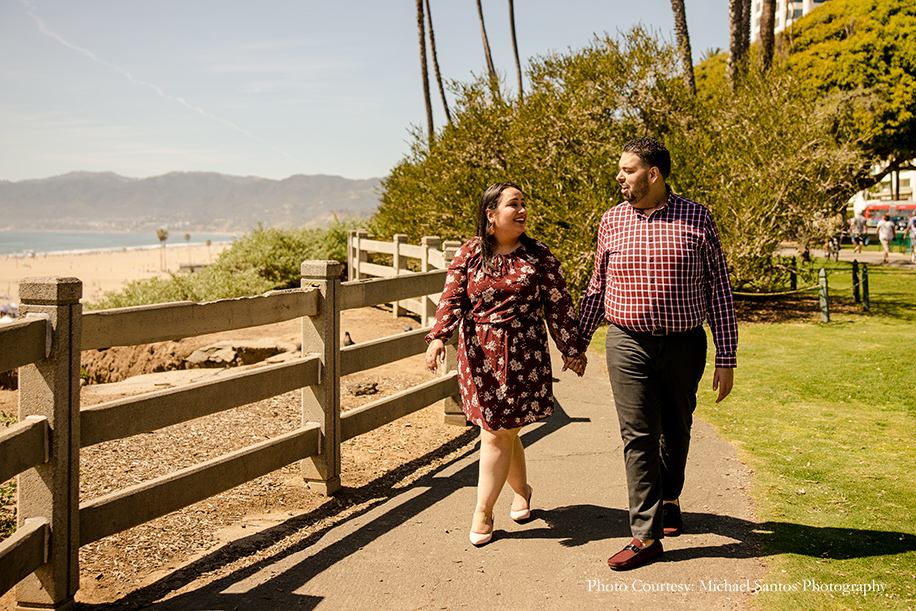 Proposal
Making sure that Gunjeeta had absolutely no inkling about his proposal plans, Arun did his best to keep her confused. He shares, “Gunjeeta had expressed her desire to have her immediate family present at her wedding proposal. Honestly, I had a contrasting view where I envisioned us going somewhere romantic for the occasion. But I wanted to give Gunjeeta a proposal that included everything she liked and dreamed of. Our parents wanted to host an unofficial engagement ceremony, so the biggest challenge for me was to plan the proposal without causing any suspicion.” Grand Execution
“I created the excuse of a family brunch and didn’t reveal too many details about it to Gunjeeta. I just told her to dress nicely for the occasion. Thankfully, she didn’t ask too many questions and went with the flow. My cousin Sargam and I also conspired to have Gunjeeta’s makeup done for the brunch with an excuse that Sargam needed to use her as a model for an Instagram contest and wanted to click pictures of her on the beach. This worked like a charm since Gunjeeta loves getting her makeup done by Sargam.” 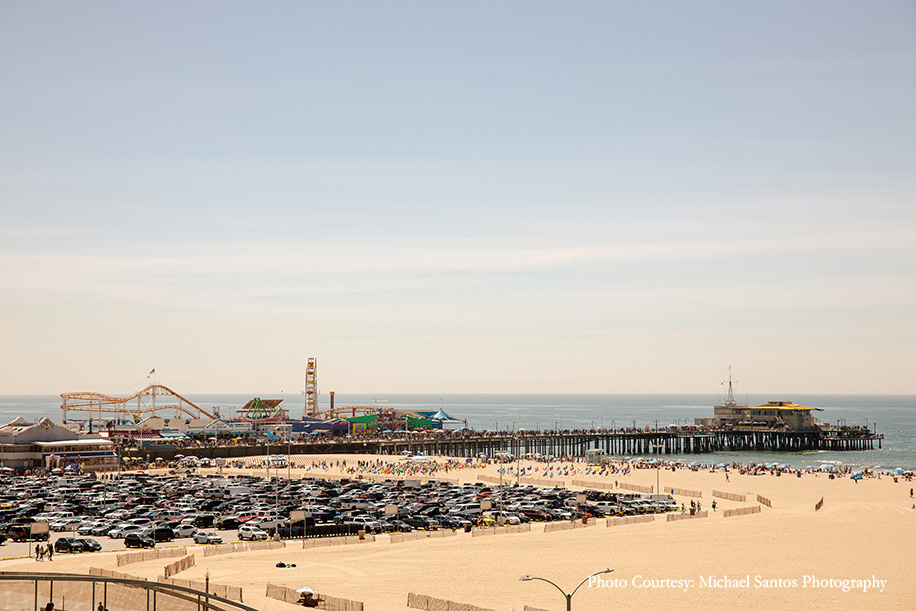 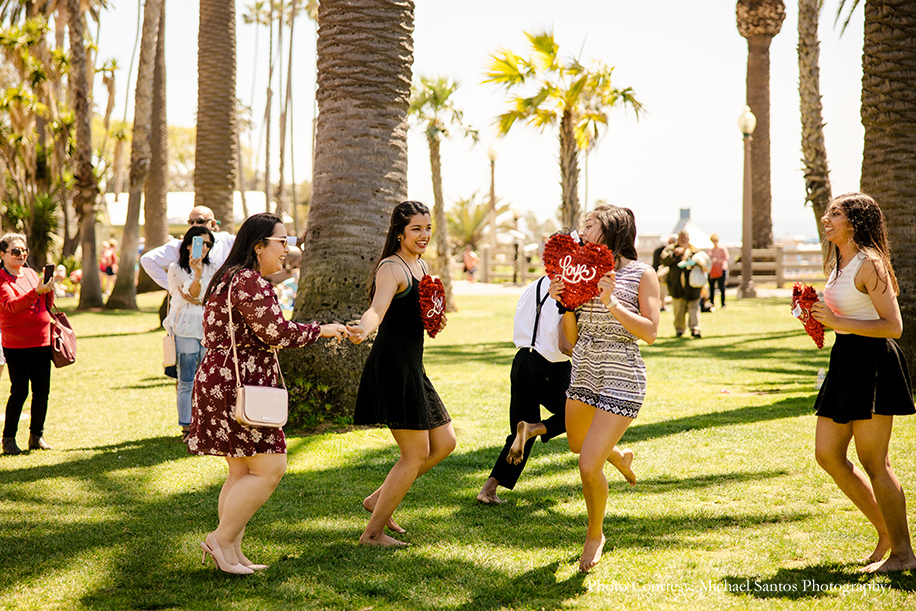 Trendy Tracks
“Finally, on the morning of the proposal, I texted all our family members and asked them to reach the location with time in hand. However, they were caught unawares in a traffic snarl and were forced to delay for 20 minutes. Facing this obstacle, I spontaneously faked a bout of illness and kept Gunjeeta waiting in the car on our way to brunch. Once things were back on track with the family safely at the location, we started walking towards the pier, and as we approached the spot, a Guru Randhawa song started playing which had Gunjeeta instantly excited. Then the flash mob started performing and she was still clueless!” 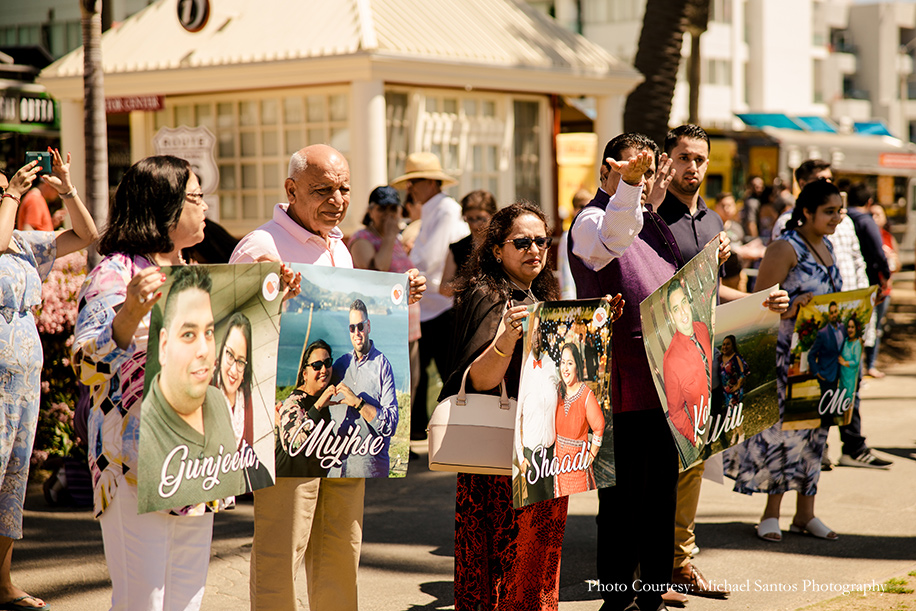 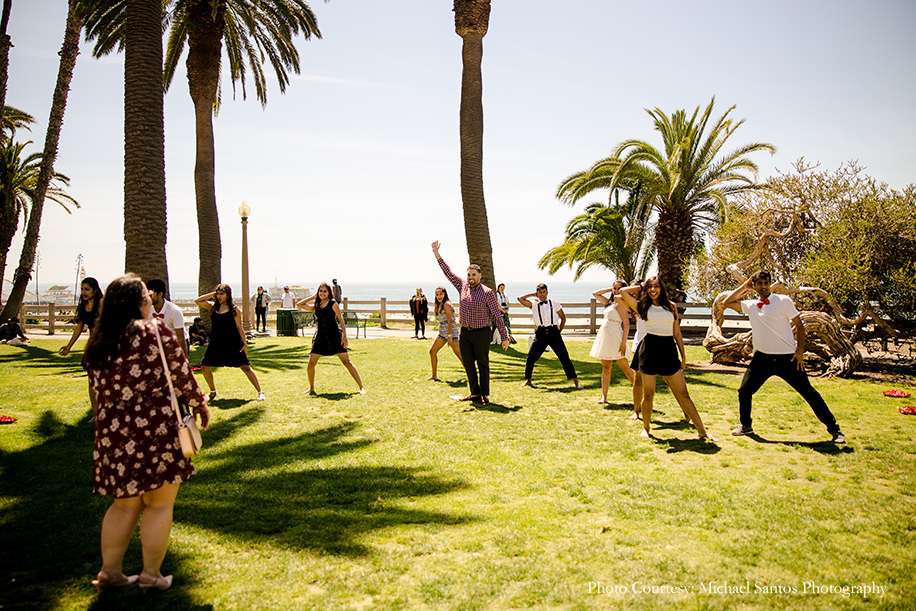 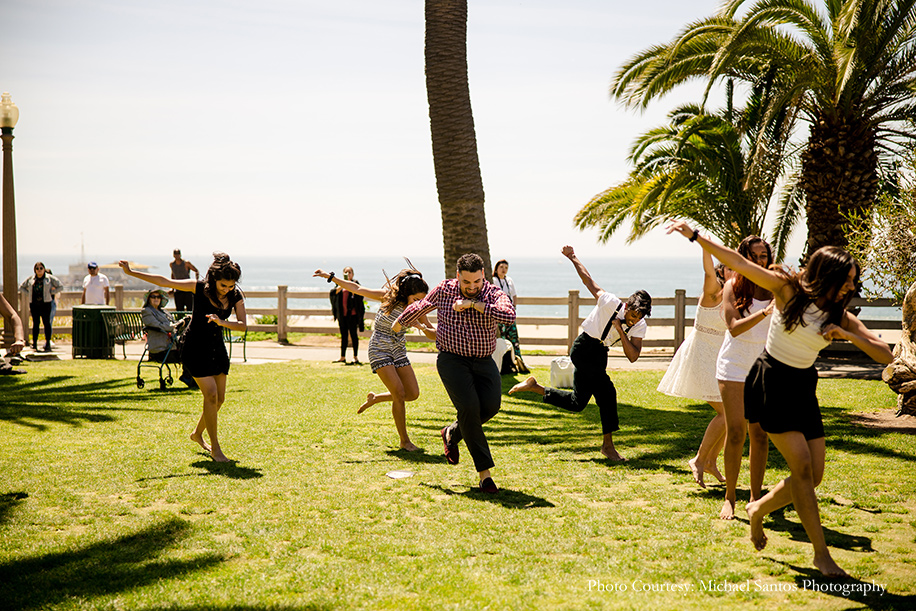 Stars in her Eyes
“Knowing that Gunjeeta is a die-hard fan of Salman Khan, I just had to include him somewhere in the proposal. That’s how I decided to don a Salman Khan mask and dance to the title track of ‘Mujhse Shaadi Karogi’. I tried to incorporate as many of her favorite pop culture elements as possible and included the hit show ‘Friends’ in the mix too. And her reaction was absolutely worth it! We had the cutest ring bearer, her favorite two-year-old nephew who handed me the heart-shaped ring box as I gave her the box of Venus et Fleur eternity roses. Lastly the song ‘Marry You’ by Bruno Mars started playing as I got down on one knee and she gave me her hand to slip on the ring. And since that moment, I’ve been engaged to the sweetest and kindest person in the world. We are planning to get married in India in August 2020. ” 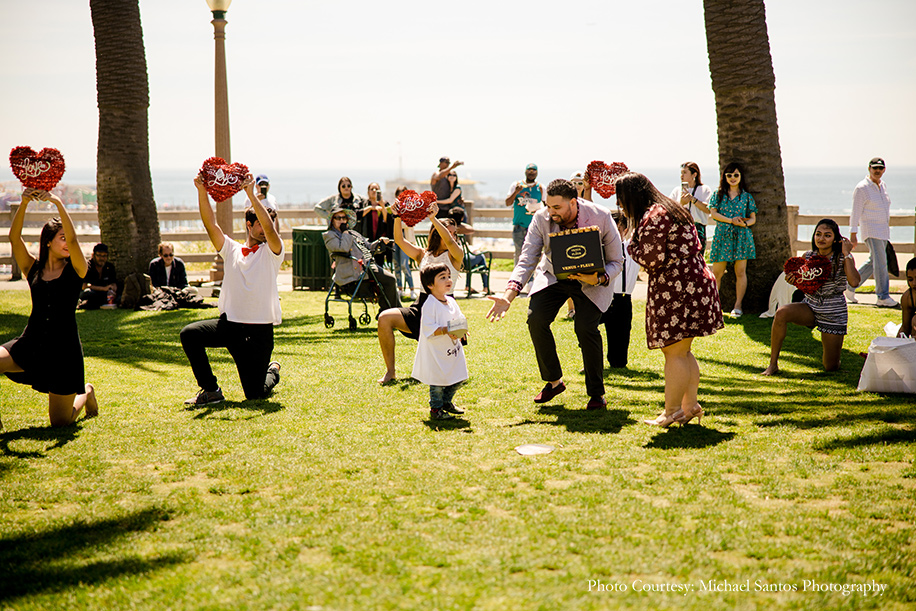 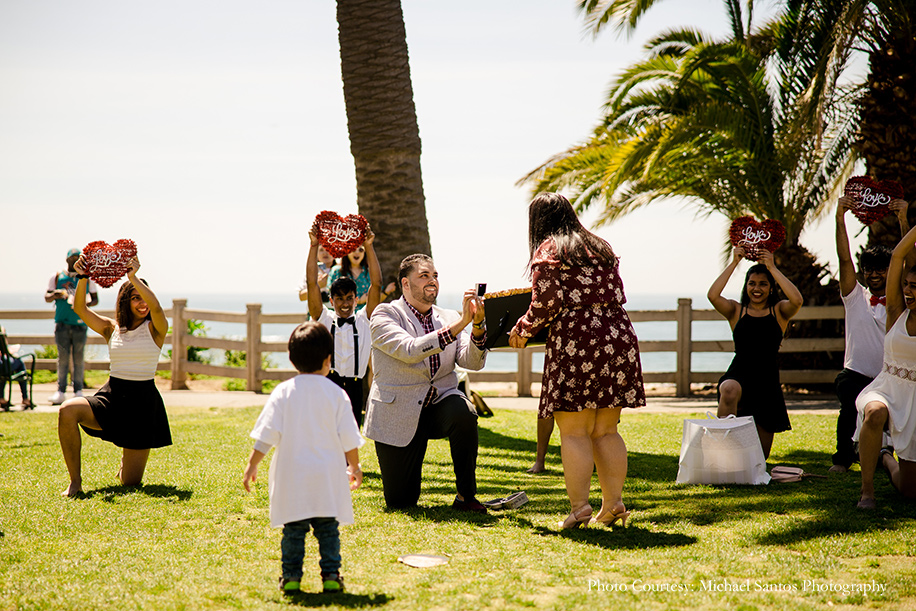 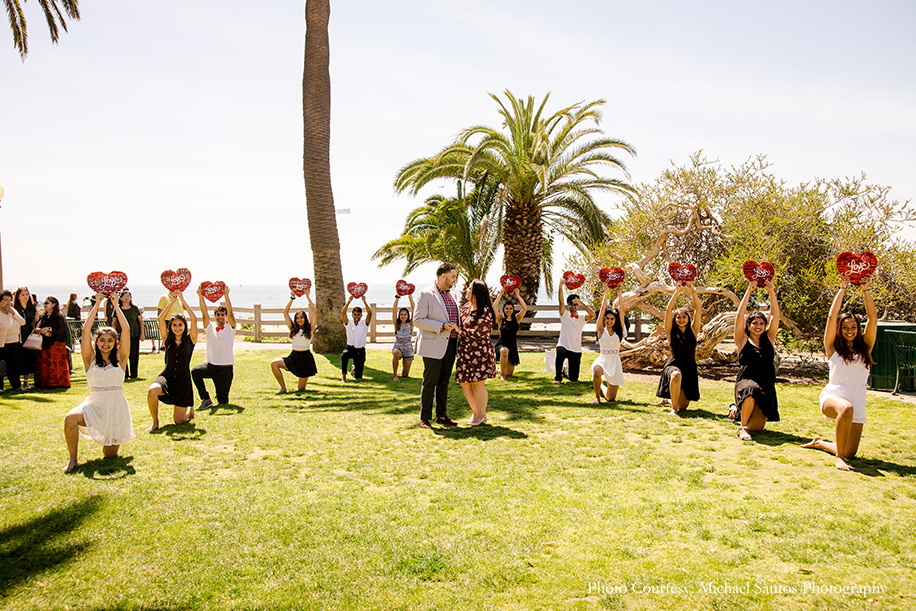 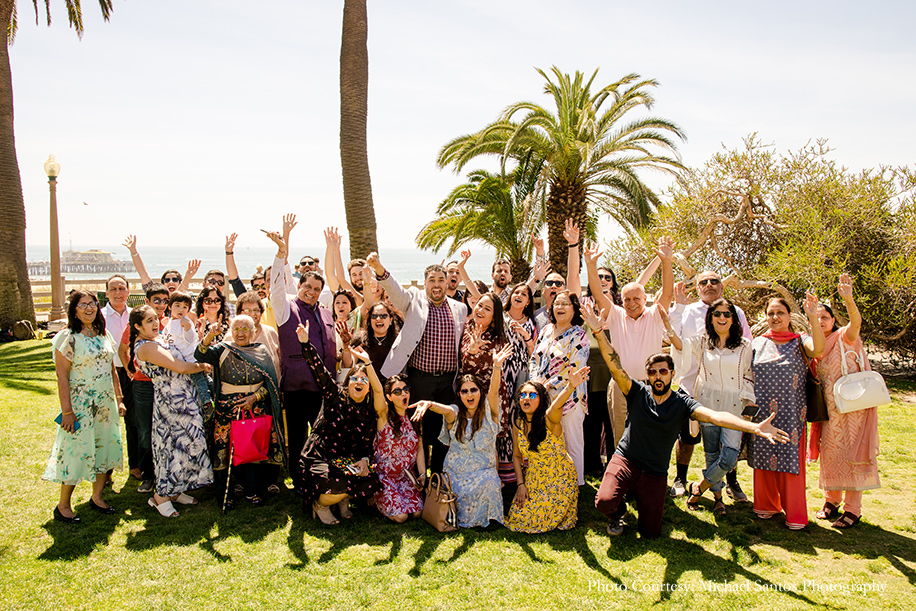 Recalling the elaborate proposal, Gunjeeta adds, “Never in my wildest dreams did I imagine I would find a man who would not just love me, but also leave no stone unturned to fulfill every little wish of mine. Within a matter of 12 hours, he made our families a part of the proposal and turned our roka into a romantic engagement. He is truly a gem of a person and his considerate nature is one of the many reasons why I fell in love with him. I can’t wait to marry him and build a life together.” 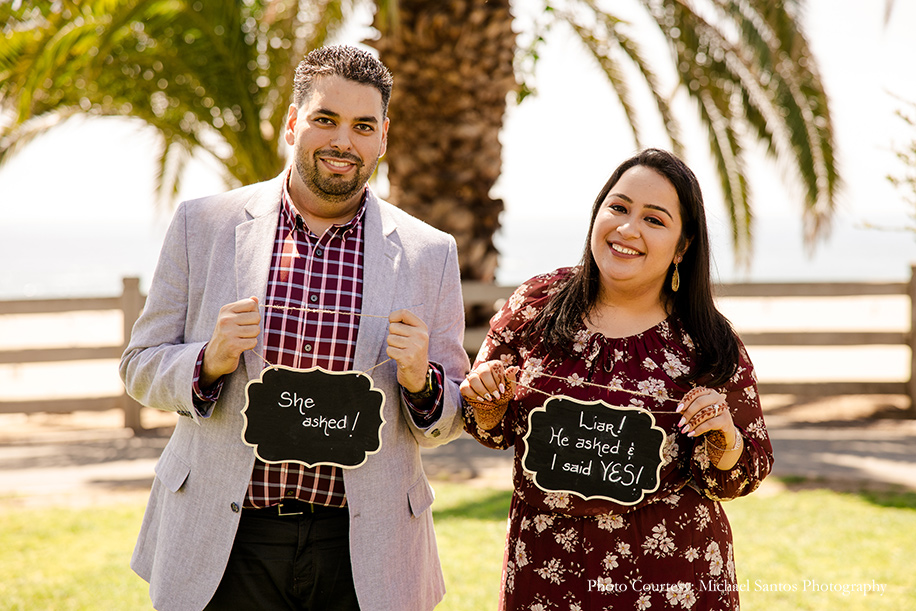 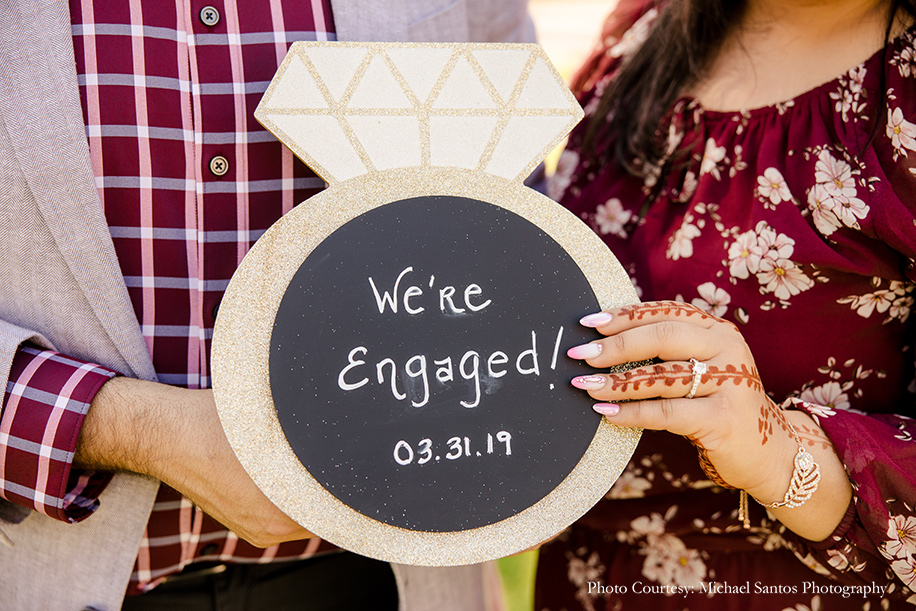 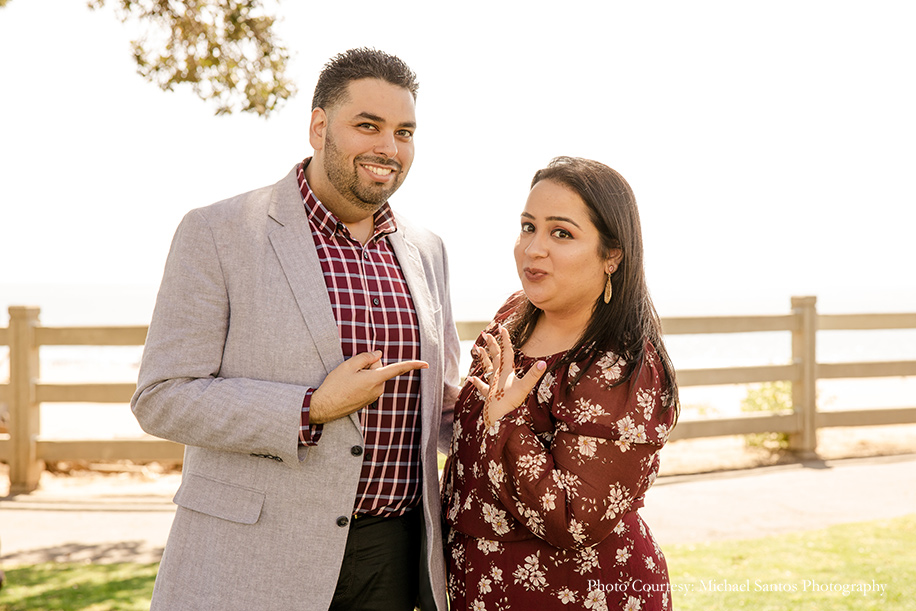 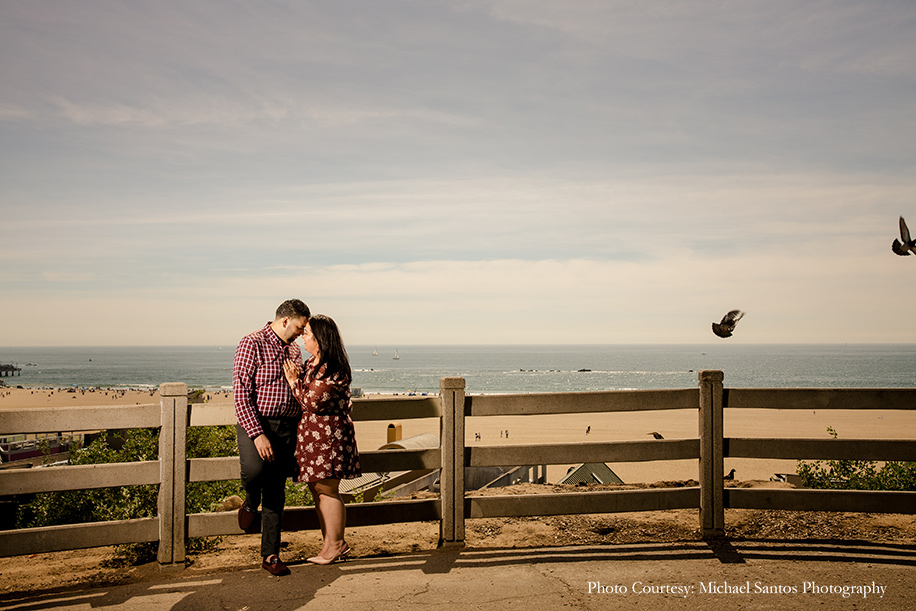 
This entry was posted
on Monday, July 6th, 2020 at 10:32:52 am and is filed under Wedding Proposals.
You can follow any responses to this entry through the RSS 2.0 feed.

Both comments and pings are currently closed.